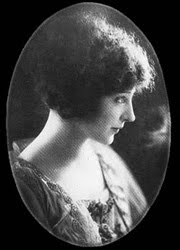 You have to check this out. And I’m not only linking to wiki, I’m copying and pasting from wiki for those who don’t like to click links. (I know how much links annoy you:)

But seriously. This is one is a must for all authors of erotica. And even if you don’t learn anything, you’ll have something interesting to talk about that will impress everyone.

There came a time when the risk to remain tight in the bud was more painful than the risk it took to blossom. ~Favorite Anaïs Nin Quote

Here’s the part about erotica…to read more check out the entire link here:

Portrait of Anaïs Nin in the 1970s.Faced with a desperate need for money, Nin, Miller and some of their friends began in the 1940s to write erotic and pornographic narratives for an anonymous “collector” for a dollar a page, somewhat as a joke.[15] (It is not clear whether Miller actually wrote these stories or merely allowed his name to be used.[16]) Nin considered the characters in her erotica to be extreme caricatures and never intended the work to be published, but changed her mind in the early 1970s and allowed them to be published as Delta of Venus[17][18] and Little Birds.

Nin was a friend, and in some cases lover, of many leading literary figures, including Henry Miller, Antonin Artaud, Edmund Wilson, Gore Vidal, James Agee, James Leo Herlihy, and Lawrence Durrell. Her passionate love affair and friendship with Miller strongly influenced her both as a woman and an author. Nin wrote about her infatuation with the Surrealist artist Bridget Bate Tichenor in her diaries.[19][20] The rumor that Nin was bisexual was given added circulation by the Philip Kaufman film Henry & June. This rumor is dashed by at least two encounters Nin writes about in her third unexpurgated journal, Fire. The first is with a patient of Nin’s (Nin was working as a psychoanalyst in New York at the time), Thurema Sokol, with whom nothing physical occurs. She also describes a ménage à trois in a hotel, and while Nin is attracted to the other woman, she does not respond completely (229–31). Nin confirms that she is not bisexual in her unpublished 1940 diary when she states that although she could be attracted erotically to some women, the sexual act itself made her uncomfortable. What is irrefutable is her sexual attraction to men.