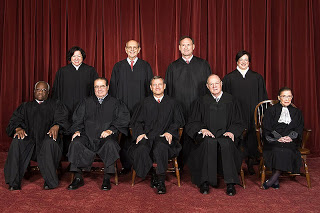 In Time Magazine there’s a question and answer at the back of each issue, and this past week it was with Zeke Emanuel who speaks about his book, Brothers Emanuel, growing up in Chicago, and his life with his brothers, Ari and Rahm.

For those who don’t know, Zeke Emanuel is a brilliant medical doctor who teaches at University of Pennsylvania. It’s one of the best in the country. I take a very good friend there every three months who sees Dr. Jay Kostman, another brilliant doctor. And we fought hard to get Dr. Kostman to cover this friend.

Emanuel is also involved in national healthcare, from wiki:

Currently, Emanuel is acting as Special Advisor for Health Policy to Peter Orszag, the Director of the Office of Management and Budget.[13] The Office of Management and Budget’s role is to assist the White House in the preparation and administration of the federal budget.[14] Emanuel entered the administration with different views from the president on how to reform health care, but is said by colleagues to be working for the White House goals.

Zeke Emanuel’s brothers, Rahm and Ari, have also done brilliant things with their lives. Rahm served as Chief of Staff for President Obama, is now Mayor of Chicago, and is known for his quick temper and good looks. Ari is one of the biggest talent agents in Hollywood…and maybe the world.

The book is titled Brothers Emanuel and I got it here on Amazon. Although I haven’t begun it yet, from what I gather it’s a story about how these three powerful brothers managed to build their lives up from humble beginnings. And, from Time Magazine, I especially love this quote:

This is Zeke speaking about where all three brothers will be be five years from now. Personally, I love that quote because I couldn’t agree more. I think I’ll pass on that cruise and beach, too.

I’ll post a full review when I’m finished reading it.

Today SCOTUS will make history. They will hear arguments about Prop 8, which deals with same sex marriage, and will ultimately hand down a decision about Prop 8 and DOMA.

Over the next two days, the justices will consider two of the weightiest civil rights cases in years, both about the continuing struggle of gay men and lesbians to obtain equal recognition under the law. On Tuesday, the court will consider the constitutionality of Proposition 8, a California initiative that banned same-sex marriage in the state. On Wednesday, the justices will turn to the Defense of Marriage Act (DOMA), a law enacted in 1996 that bars the federal government from offering benefits to same-sex couples, even if they were legally married in their home state.

You can view photos from the court this morning, here on the SCOTUS blog.

And this article is interesting in case SCOTUS doesn’t support us. Will this put an end to same sex marriage?

“Even if you lose the case, and I think that’s very unlikely, you would say that the case has been a success because it’s changed public opinion so dramatically,” said Richard Socarides, a former adviser to President Bill Clinton. “It’s really unbelievable what a successful communications and litigation strategy has combined to do in such a short time.”

I don’t know much about these things, but I do find them interesting from writer’s POV. I’ve never written any novels with strong characters who are lawyers, but I’ve always wanted to. Amanda Knox was the American student in Italy who was prosecuted and acquitted regarding the murder of her British roommate.

As far as I know, if you are tried in the US and you are acquitted, you can’t be re-tried because of “Double Jeopardy.” Evidently, that’s not the case in Italy.

You can read more here. And I’ll post more when I see it. I’m curious to know whether or not Knox will be forced to appear in Italy. I’m also curious about whether or not her status as a US citizen will help her avoid going back. I would imagine this falls into international law, and it has to be handled with great care. Frankly, though I don’t have an opinion about Knox’s guilt or innocence, I don’t like the idea of being retried for the same crime more than once.

If you’re curious, here’s a link to wiki on Double Jeopardy.

Double jeopardy is a procedural defence that forbids a defendant from being tried again on the same (or similar) charges following a legitimate acquittal or conviction. In common law countries, a defendant may enter a peremptory plea of autrefois acquit or autrefois convict (autrefois means “previously” in French), meaning the defendant has been acquitted or convicted of the same offence.It even discusses European Convention on Human Rights.

No one shall be liable to be tried or punished again in criminal proceedings under the jurisdiction of the same State for an offence for which he or she has already been finally acquitted or convicted in accordance with the law and penal procedure of that State.
But there’s a catch:

In many European countries the prosecution may appeal an acquittal to a higher court (similar to the provisions of Canadian law) – this is not counted as double jeopardy but as a continuation of the same trial. This is allowed by the European Convention on Human Rights – note the word finally in the above quotation.

It’s going to be an interesting case to follow.