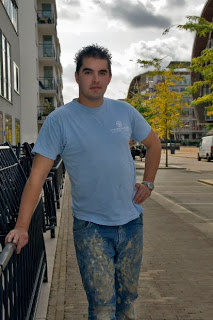 Illinois is dealing with many of the same issues regarding same sex marriage that we’re dealing with here in Pennsylvania. For the most part the issues are all about equality and I don’t think anyone pushing for same sex marriage to be legalized everywhere would dispute that as the main issue. Everything else is secondary. However, there are also other small things to consider like the gay dollar, the power of the gay dollar, and boosting a state’s economy.

Majority Leader Barbara Flynn Currie sent a letter to all House members earlier this month saying it’s time to approve legislation legalizing same-sex marriage. The letter follows a push in early September by Minneapolis Mayor R.T. Rybak to lure Illinois’ gay couples to wed in Minnesota, which legalized same-sex marriage earlier this year. Attempts to approve legislation have stalled in Illinois; A measure passed the state’s Senate but the House sponsor didn’t call a vote because he said he didn’t have the votes.

“Illinois has been missing out on this economic opportunity long before Minneapolis’ mayor unleashed his advertising campaign in our state,” Currie wrote in the letter released Saturday.

I’ve posted about Illinois here on the blog before. Frankly, a good deal of the issue is coming down to money in an off-handed way. I heard a group of younger gay men talking about New Hope, PA, this weekend, where the mayor of New Hope refused to marry same sex couples recently, and they brushed off going to New Hope for the weekend without even thinking twice as a result of the mayor’s decision.

Adam Weinstein is a career writer and he has written pieces for publications I often link to here, like Mother Jones and the Village Voice. And he’s recently written what many are calling a scathing essay that slams those who think his generation is lacking something…for lack of a better way to phrase that. I actually tend to agree with him, and on all the points he makes.

Last weekend my baby had a fever, and we contemplated taking him to the ER, and my first thought was – had to be – “Oh God, that could wipe out our savings! Maybe he can just ride it out?” Our status in this Big Financial Game had sucked my basic humanity towards my child away for a minute. If I wish for something better, is that me simply being entitled and delusional?

I don’t know how anyone could even try to dispute that paragraph. If you can dispute it, you’re coming from a place of huge privilege and you should remain silent and thank your lucky stars. I don’t know many younger people who aren’t facing that very same issue. I even argued about this very same topic with Tony last week in the car on our way to a function. In the 1970’s when I was a little kid you could still go to the dentist and it was affordable. Or even the veterinarian. Nowadays one quick trip to the dentist or the vet and it’s the same as a down payment for a new car. I honestly don’t know how younger people are doing it these days.