Gay-baiting is something I’ve posted about many times. It comes in several forms, but mostly, lately, it’s when good looking straight male pop stars or actors self-exploit and tease gay men with their bodies and/or highly charged sexual innuendo. Finally, openly gay singer Adam Lambert brought the topic up in his twitter feed. Evidently, I’m not the only one who’s been noticing this and wondering about it.

This week on Twitter, the out singer asked his followers: “Anyone find it interesting how straight male pop stars are pandering to gay audiences lately!? Should we be flattered? Progress or strategy?”

In a followup tweet Lambert insisted he wasn’t throwing shade at anyone, but that he’d rather hear artists talk about their music “not be teased on [whether] someone MIGHT be bi curious or gay or straight. Who cares?”

This particular article goes on to mention that this form of gay-baiting could just be appreciation. And I’d like to know how dumb do they think we are? Nick Jonas may claim he’s “authentic” and that anyone who questions his motives is “ignorant.” But if you take a look at the photos of him in this article basically anything he says is hard to take seriously. And there’s nothing wrong with that. But here’s something really authentic: he didn’t drop his pants and grab his dick for the sake of great art.

You can read the rest here, where there are screen shots of Lambert’s tweets. I’m just glad a gay man with a voice is finally speaking out about it.

This story has been floating around the Interwebs all week and I just chose a UK publication because I like the way it was written…and there aren’t as many pluggins as Huff Po which makes it possible to actually read something in a relatively decent amount of time.

In any event, the newest thing is that the term Lumbersexual is replacing Metrosexual. Frankly, I haven’t heard anyone use the term Metrosexual since the early part of the century. I guess you could look at it this way. A lumbersexual dresses like a quasi lumberjack, with hipper, hotter clothes that are designed on purpose to give him that “speshul” look.

Put down that moisturiser and remove that man bag from your person boys because metrosexuality is well and truly over. Nowadays it’s all about the ‘lumbersexuals’.
Not literally men who are lumberjacks (because really, where are you going to find one of those?) but men who look like they could be.
Unlike their metrosexual brothers these men look rugged, unkempt and like they’d be a dab hand at using an axe… even if they’ve never picked one up in their lives.
Here’s the story. There are photos so you can see what they’re talking about. You really have to love the one with David Beckham, all butched up like a down home lumberjack coming home from a long day of log rolling, AND carrying a four thousand dollar Louis Vuitton bag.
The comments are amusing, too.
Zachary Quinto Comments
The other day when I wrote this post about Zachary Quinto slamming gay men, especially younger gay men, with respect to AIDS, I actually wrote a much longer post but I went back and I edited out some of the comments I made because I didn’t want to come off too hard. But it bothered me, just like the comments Zachary Quinto made slamming gay men, and I’m not the only one who felt this way.
My main complaint with what Quinto said was more about his lack of information and his off the cuff comments that didn’t seem to have any substance. It’s like he made the comments without knowing anything at all about the subject. And I’m tired of privileged celebrities blowing smoke up our asses that way. It happens time and again and no one ever calls them out (Nick Jonas).
But not always. This time someone did call Quinto out. Someone who felt the same way I did about the Quinto comments wrote a much longer piece and he didn’t hold anything back.
First, Zachary’s use of the parenthetical in “(some of)” is back-handed. Without the parentheses, it’d just be a way of explaining the subset of people Zachary is referring to — “some of the younger generation” — couldn’t be clearer. But that’s not what he’s doing. Instead it’s as if he means to say “all of the younger generation,” but realizes that would land even worse. We’re guessing some of those young people he’s talked to don’t appreciate being stuffed between two parentheses.

Second, it is Zachary’s opinion that using PrEP as a way of drastically reducing your risk of contracting HIV during “unprotected non-monogamous sex” is an “outrage.” And this is where people differ with his characterization.

I highly suggest reading this article in full. And this is the last time I ever self-censor on a topic this important.

Before I get into this I’d like to state I’m on the fence about it…even though it might not sound that way at times. And in a way, it goes well with the previous part of this post about celebrities and privilege. Someone in Seattle decided to start a new literary review called The James Franco Review. But it has nothing at all to do with James Franco or his written work. It’s all about his name, privilege, his being a man, and the fact that he allegedly has more doors open to him in the publishing industry because of his overall privilege.

I get that. I’ve been in publishing for over twenty years and I’ve seen people like “Snookie” get book deals and editors make next to nothing each year. The latest outrage was reading that Jonah Lehrer just landed a book deal after his plagiarizing debacle. In other words I get the point behind The James Franco Review, but I still can’t help wonder if it’s disingenuous to writers, to women, and to anyone who has ever worked as a career writer and done well without coming from a place of privilege, like Franco. And there are a lot of writers I know making a decent living thanks to good old fashioned hard work and they didn’t need to use James Franco’s name to get there. Last I heard, James Franco didn’t come from a place of privilege either. He worked hard to get where he is, too.

I know Rose McGowan doesn’t think gay men care about feminism, but I found this part about The James Franco Review hard to read…at the very least, questionable. I’m still trying not to form any opinions with this one. Instead of working actively to break the barriers of gender discrimination, they’re going to pretend they’re men? And they’re going to borrow Franco’s name to get published? I can’t even imagine a professor giving this advice to young women…or even admitting it in print. It’s not something I would have done.

“Years ago,” writes founding editor Corinne Manning, “my friend Erin and I joked that we should submit some fiction under a boy’s name. Aaron and Carl. A younger professor told us, solemnly, that wasn’t such a bad idea. Neither of us had the guts to do it. But when we started seeing James Franco’s name in magazines, and then saw his book of poetry from Graywolf, we joked again: Let’s submit some fiction under James Franco’s name and see what happens.”

On Facebook whoever runs The James Franco Review fanpage actually seems proud of this comment.
The Stranger wrote a great article about the journal. Fiction editor Erin Sroka put it so well: “Instead of being some woman, willing yourself to stay focused for a few hours before or after your job each day…you can just skip ahead and be James Franco.”
“Some woman?” Is that the right approach to take when building a writing career? How do feminists feel about this? If it’s meant to be sarcasm I think it runs the risk of epic failure. But more important, should we be laughing about something this serious?So far, no one’s posted much about it at all and I’m curious to see other reactions. I love the fact that there’s a new literary review out there for all writers, but I think I would have liked to see it done with more sarcasm…or at least make it clear they’re going for sarcasm and trying to empower women at the same time.
You can read more about it here.
James Franco was clearly on top of this one. He posted this on Facebook earlier yesterday. But that could be sarcasm. You can never be sure with him.
Good luck to the james Franco review
Hope my name helps!
The Sweetest Apple by Ryan Field
.99 E-book
Amazon Link 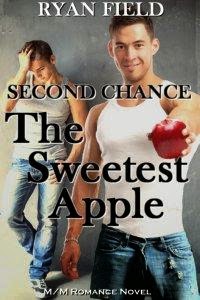