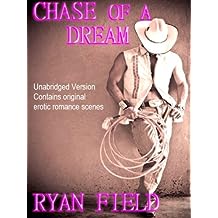 When I self-censored my book, Chase of a Dream, and I eliminated the sex scenes, I did it for a reason. I wanted to show the know-it-alls that it can be done. In other words, in any erotic romance it’s the story that’s always the main focus, and the love/sex scenes move the story forward. However, if the sex scenes are removed the story should still stand on its own. And that’s why I released an abridged version and an unabridged version of Chase of a Dream. I didn’t do that because I support the theory that sex in books is terrible, and I have no time for those elitists who do.

Even though I could do this with every single novel I’ve ever written…over 100 by now…I don’t intend to ever self-censor again unless I have a valid reason. I do have more than a few gay romance novels without sex. The stories didn’t call for it. But every single case is different, and the author has to have a feeling for it, one way or the other.

With that said, I see nothing wrong with a few harmless little dirty sex stories either. I’m talking about stories that focus mainly on the sex. Especially if they’re very dirty. I applaud them and I support them. It’s total escapism, and it’s really the safest sex there is out there. So that’s why I’m linking to this web site right now. The author of the web site claims these are stories that help her get by when her boyfriend isn’t around.

You can check this out, here. It’s totally discreet and well executed, too. And it’s simple to navigate.

He Wanted a ‘Truncheon’ in His Pants

Here’s an article about penis enlargement. Many men are interested in the topic, and some are actually doing something about it thanks to new advances in medicine.

“These are the men who come to us,” Raheem says. “They are not necessarily small, but they want to feel more confident. In front of women, yes, but in front of other men, too, down the gym, that sort of thing.”

Here’s a link to this one. It’s an interesting read, and it also mentions some of the downfalls and risks involved…both emotional and physical.

This is one of those things you don’t expect to see nowadays.

According to this article, one of those circuit parties in Australia allegedly has a photography brief with guidelines about who shouldn’t be highlighted in their online promotional photos. In other words, the people they don’t want you to see.

Here’s the link to more. The comments are few, but they’re very interesting.

Reader Reviews:
I read a lot of Ryan’s books, but really loved this one. The main character reminded me of someone… read it and see.