It’s not an uncomplicated process:

In fact, there are quite a few rules for entry. A spokesperson for Adult Verified Video Chat told VICE that the age requirement for the auction caps at 50 because “that was one of Dillon’s requests.” The winner also has to provide his or her own transportation to Las Vegas, where the scene will shoot in late January.

Some think this is prostitution, and Marc Randazza came up with this analogy about how it’s not prostitution that I thought was excellent.

“If Tom Cruise auctioned off the ability to appear in his next movie, what the winning bidder gets is the opportunity to star in this movie. That’s what they are winning,” Las Vegas-based adult industry attorney Marc Randazza told VICE.

Evidently, some amateur douchecanoes have tried to capitalize on this by throwing in a camera and that’s not how it works. A lot has to do with professionalism and intent. I’m not an attorney and I don’t want to screw this up…as fascinating as I find it.  So you can read the rest here.

As an erotic romance author I’ve always found this topic fascinating because I’ve always believed that everyone, even grandma, has a sexual fantasies. And most of them are fantasies no one will ever admit to in public. In some cases, not even to spouses. I often have characters talking about these things in books, and I don’t do it by accident. If anything, I think it’s an area of sexual exploration we’ve only begun to touch, so to speak. And, for the record I think this article only touches on the more raunchy sex fantasies. I’ve always believed most sex fantasies are more whimsical…or at least they would be in the wrong context.

According to a new study, 30 percent of men fantasize about having sex against their wills, 23 percent secretly want to hump an unconscious person, and 10 percent would like to be used as a urinal.

I think this is an underestimated number, in both cases. Most people aren’t willing to discuss it under any circumstances. Not even gay men are willing to talk about this openly.

“Clinically, we know what pathological sexual fantasies are: they involve non-consenting partners, they include pain, or they are absolutely necessary in deriving satisfaction,” lead author Christian Joyal said in a statement released by the university. “But apart from that, what exactly are abnormal or atypical fantasies?”

I was reading a comment thread on Facebook the other night where in the update the person asked what turns people (women) off in mm romance. The comments that followed were interesting because they didn’t have anything to do with gay men. I get that, and there’s nothing wrong with it. It’s not a secret that most mm romance is absolute fiction based on research instead of experience. But I’ve always believed that writing about sexual fantasies in erotic fiction of any kind in any genre is a large part of creating and crafting a storyline. I don’t think it should rule the story by any means. But I think it should be in there.

In any event, what’s considered an unusual fantasy tends to vary.

Respondents were asked a total of 55 statements that delved into the nature and intensity of their wildest bedroom fantasies. From beastiality, to spanking, to having sex with a stranger on the metro, and more.

The rest is here. Frankly, I’d rather sleep with Rosie O’Donnell than have someone pee on me. But it seems I’m in the minority on that one…at least according to this piece.

I’ve known a few bartenders in my time and we always laugh about these things. I think the biggest myth is that bartenders are there to listen to everyone’s problems. The reality is that most are too busy to listen…or care…about your problems. Here are a few more myths:

We are just hanging out until a better job comes along
This may be true at times but not always. Bartending can be a career choice. It takes skill. It’s not easy mixing great cocktails while keeping patrons at a crowded bar happy. So what if I graduated college years ago and still bartend sometimes full-time and others part-time?

So true. The professional bartenders I know make good livings and have been doing it for years.

That one made me smile. Most of the guys I know who went to bartender school never actually worked as a bartender for longer than a few months. Think of bartender school like you would think about an e-publishing service that promises to market and promote you for a large fee. It’s all hype.

You can read the rest here. There’s not one I can find fault with. 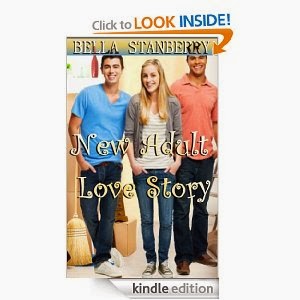 Amazon review:
4.0 out of 5 stars Four Stars August 17, 2014
By KILTED WARRIOR
Format:Kindle Edition|Verified Purchase
Great bisexual story my husband reminds me of one of the characters