A few years ago my publisher at Riverdale Ave Books asked me to do a gay version of Flowers in the Attic. At first, I wasn’t sure I wanted to do it because of the incest, but I turned it around and left the incest out. I made a few other changes, too. With these gay parodies, I always mix it up. It was, clearly, doable. Even though I have no regrets it was a tough book to write. And my book was titled Stepbrothers in the Attic.

One book reviewer said this: The characters were interesting and it was a lot like reading flowers in the attic honestly.. but with a twist…  Here’s the link to my book. 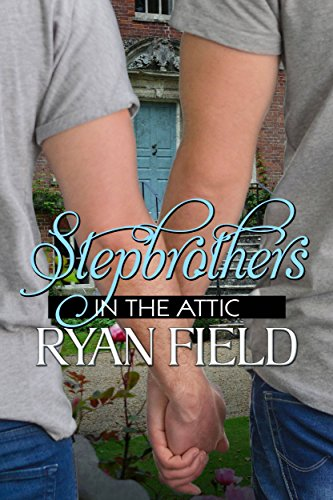 With all that said, Lifetime seems to have a new series out that’s a gay prequel to  Flowers in the Attic. It’s based on the book, Garden of Shadows by V. C. Andrews.  It’s interesting, too, because when I first started doing gay parodies of certain movies, the homophobic women authors and readers screamed it was plagiarism. It’s not. It’s a parody and I have always been open about it, never backing down or apologizing. Because it’s a parody. And I’ve always made unique fundamental changes because it’s gay content.  However, it is interesting that this new series comes out and no one says anything.

The twisted origins and secrets of the wealthy Foxworth family are revealed in this prequel to Flowers in the Attic, based on the novel Garden of Shadows by V.C. Andrews. For the television adaptation, writers incorporated a gay storyline not found in the books.

I know nothing about the series, but I can tell you if straights wrote the content and straight actors are playing gay for pay, then you won’t get an authentic gay love story like the one I wrote.  But they do state that one of the actors, Luke Fetherston, is queer. And I like a few of the remarks me makes.

I love him already for saying this:

“So, until we don’t have to do that, then, yes, I believe it’s important that gay people are cast as gay characters. It’s the most authentic option. So surely, that’s the best option.”

Here’s the rest. Of course, it goes into more detail. I just wish more gay men would support the fact that gay actors should be playing gay roles of importance. I don’t really care what straights think, but I do care that gay men don’t seem to think there’s anything wrong with straight actors playing gay for pay. It’s clearly cultural appropriation without any apology.