This won’t be a long review with spoilers and a full plot description. In fact, I’ll never understand why some reviewers feel the need to give readers every last detail of the plot. That’s not a review. That’s someone who doesn’t know any better.

In any event, Tony and I both watched the new gay male film out there titled Fire Island and we loved it. For me, it was actually thrilling to watch an all-gay production without any heteronormative influence. At times, it even reminded me of The Boys in the Band.  With films coming out like Red, White, and Royal Blue which is based on a book with gay content written by a woman author who identifies as “queer,” it was a relief to finally see authentic gay content. No shade toward anyone who is a queer woman, but how on earth can a “queer” woman writer create authentic gay male content? There’s no connection, other than political or equal rights issues.

But I digress. The cultural appropriation from these women who are non-gay will continue as long as people are willing to put up with it. It won’t go down well in history, but that’s another post.

Back to the film. It was shot on Fire Island and it covers some serious points and a few light-hearted points. It’s supposed to be a take on the romance, Pride and Prejudice, and I think the romance aspects held up well. It wasn’t overdone either. There was nothing trite, frilly, or flowery about it. The romance, for me, happened just as it would happen in real life with real gay men. In short, it was all believable. As a side note, I wrote my own Gay Pride and Prejudice about 10 years ago for a publisher who is no longer in business. But I re-published the book myself, here. 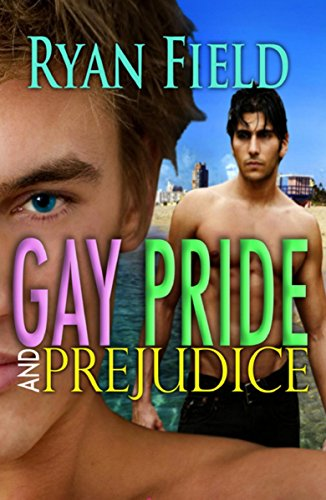 I could recommend this one to everyone interested in authentic gay content and a good gay romance. You can read more about it here on IMDb.

Larry Luckinbill playing gay in “The Boys in the Band.”

I’ll never forget the first time I watched the all-gay film, The Boys in the Band. Of course, the film had already been out for years by the time I saw it, but it still left a huge impact on me as a young gay teenager. I remember sneaking into my room with a small TV so I could watch the film on PBS without anyone knowing. In the late 80s, it was still hard to come out as gay and I wasn’t ready.

But I was ready to watch a movie about gay men. For me, it was thrilling and educational, and even a bit dangerous. And Larry Luckinbill became sort of a hero of mine. It was the first time I had ever seen gay men depicted this way His character showed me that not all gay men are the typical stereotypes I’d always seen. There’s nothing wrong with the stereotypes, but not all of us fit into that mold.

So I adored Larry Luckinbill, and I still do to this day. Even though he’s straight, and nowadays I don’t like it when straight actors do gay for pay. It’s just another form of cultural appropriation. However, at the time Larry Luckinbill played gay it was actually brave. No one wanted to play a gay character, not even gay male actors. It could ruin a career. And yet Larry Luckinbill had the guts to do it.

Luckinbill gave an interview to Palm Springs Life in 2018 that I found interesting. He also lives right here in Palm Springs.

Mart told me he’d gone around New York trying to get people to read the play. Producers did not want to read it. Straight actors wouldn’t look at it, and gay actors didn’t want to do it because they were in the closet.

Here’s more. It also shows how difficult it was for gay men to get any kind of recognition back then. And frankly, with all the straight people now appropriating gay culture not all that much has changed for gay men.

This is why it’s so important for us to support projects like Fire Island.