When this comment from Tom Hanks went viral on Twitter yesterday you should have seen the straight people go wild. “It’s acting, it’s only acting,” was the most common complaint. But some even believe that if we limit straight actors from playing gay for pay then we have to limit gay actors from playing straight. Which makes no sense. All gay people WERE straight at one time, plus we are the marginalized group. Oh, that was another comment I saw: gay people are a “sexuality,” not a marginalized group. And that came from a so-called “ally.”

In any event, the comments were as dumb as the people making them. I don’t think that most people realize that back in the 1990s when Tom Hanks played gay in the film, Philadelphia, there weren’t many openly gay actors around. In fact, in those days if you were an openly gay actor your choices were limited. So it was no big deal for Tom Hanks to play gay.

However, the world has changed and gay men have evolved since the 1990s. We’re starting to realize we have a culture and a history and we’re not as willing to allow anyone to appropriate that any longer.  That’s not to say we don’t have a way to go yet. Just the fact that people are arguing with Tom Hanks over his statement shows how far we have to go. And just in the gay romance book genre alone straight women are completely appropriating and dominating the market in the most blatant way. And they will fight back like vipers against any gay man who questions them about what they are doing.

With all this said, here’s what Tom Hanks said about playing gay for pay.

“Let’s address ‘Could a straight man do what I did in Philadelphia now?’” said Hanks. “No, and rightly so. The whole point of Philadelphia was don’t be afraid. One of the reasons people weren’t afraid of that movie is that I was playing a gay man. We’re beyond that now, and I don’t think people would accept the inauthenticity of a straight guy playing a gay guy.”

Here’s more. The article goes on to mention films that appropriate, like Call Me by Your Name and that new movie about closeted Leonard Bernstein with Bradly Cooper playing gay for pay. I’m just thrilled someone like Tom Hanks finally made a statement like this. And I sincerely hope that other gay men fully understand what this means. We don’t have to allow straight people to appropriate anything about our culture. We are more than just a “sexuality.” 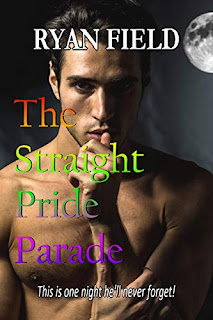