I’ve known about Fire Island as a gay safe haven all my life. My openly gay brother has had several homes out there. I knew people in New Hope who also either had homes or they went out to Fire Island all summer long and rented places. Many just went on weekends. However, I’ve never actually known much about Fire Island personally. I either never had the time or the inclination to get there. You have to drive all the way out to Long Island, and then take a ferry. I don’t think they allow cars. It just always seemed to me like a huge hassle and I was always working too hard on something.

With that said, I still find the entire concept of Fire Island fascinating. From what I gather, there are two main areas: The Pines and Cherry Grove. This is about Cherry Grove.

Cherry Grove was one of the first gay beach towns in the United States, joining a handful of LGBTQ vacation spots and resorts that became popular in the pre-Stonewall era, along with places like Provincetown, Massachusetts, and Saugatuck-Douglas, Michigan. 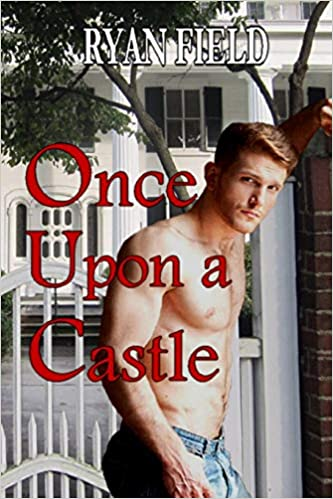 Once Upon a Castle
by Ryan Field
Barry is a bright, handsome young gay man in a loveless gay marriage who decides he needs to take a break from his life in New York. So he talks his best friend Shawn into leasing a beautiful, magical old house in Louisiana for one month called Magnolia Castle. Shawn is a handsome ex-model and he’s married to an aggressive woman named Kayt who rules every aspect of his life. The thought of getting away from New York with Barry for a month is almost too good to be true. There’s nothing about Magnolia Castle’s history that’s typical. It doesn’t even look like a castle, and it’s not one of those romanticized old southern plantations either. Magnolia Castle was built by wealthy people who were part of an anti-slavery society in the old south, and it was never intended to be a working plantation.In order to afford Magnolia Castle for one month, Barry and Shawn find two unusual people to share the expense. One has massive world fame and the other is hiding a deep, personal secret no one knows. They all think they are going there to reflect on their lives, however, they soon discover that nothing at Magnolia Castle can be predicted. And even though Barry never thought he would find true love again, he finds himself in a complicated situation with a man named Dusty Rhodes, where true love still might be a possibility.