I found this website by accident and thought I would share it with anyone who is interested. It’s focused on films that lean more toward art and emotion, and there’s a strong focus on male full-frontal nudity and the penis. It’s a comprehensive list of films that isn’t especially gay. But there is homoerotic content.

Here’s one short example. I haven’t seen it but it sounds fascinating.

This 11 minute homage to the male member shows its subject in the various stages of erection. The voice-over poem by James Broughton includes the line “This is the secret that will not stay hidden.”

Here’s the link to check it out. I think it’s extremely well done.

And some of the films are even more mainstream, like “Kinsey.” I remember that well.

The Rainbow Detective Agency: A Guy with Two Penises by Ryan Field

One of the downfalls of having written many books is that it’s hard to keep them all together. I have readers ask me about books all the time on social media, especially Twitter, and I’m often at a loss for words. So I’ve decided that I’m going to try to write an updated post about each individual book I’ve had published. I think it’s interesting because now I can comment after the book had been reviewed and received. I have a few new titles coming out soon but I’ve put things on hold while I finish up working on a memoir. The memoir I won’t indie publish. I’m going to shop that to an agent. And it no one wants it I won’t have it published. So we’ll see how that turns out. I know what to do with erotic romance and fiction, but I’m not so sure about a memoir of my own life. 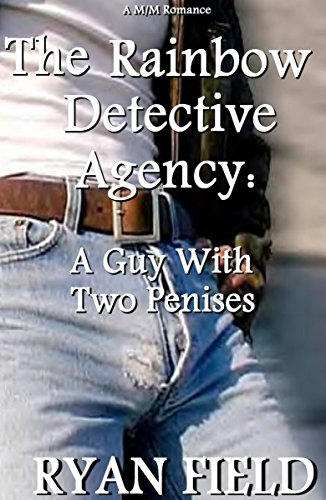 In any event, this book, for example, shocked me. I never thought it would get a decent review…or any review for that matter.

Here’s part of a review from Amazon. Here’s a link to the book.  This truly is one of those times when a book surprised me. I thought I was being self-indulgent when I wrote it. You never can tell.

This book had me with the title; it must be one of the most bizarre to be found on the Kindle marketplace. I must admit, the title didn’t really prepare me for the quality of the writing. I was expecting a bit of a comedy, and thought the quality of writing would be pretty average, but it was actually fast-paced, punchy, slick and insightful.I also loved the tongue-in-cheek comedy that appears throughout the book; the main character is called Proctor Gamble (I love it!).

A Different Kind of Southern Love Story
What readers are saying about “Uncertainty”
Amazon
“A wonderful story that I loved. The characters were well developed, and strong. Gus: A sweet young man. Doing something for all the wrong reasons. Craig: his boyfriend, he’ll go along with anything Gus say. Henry: Gus father a no nonsense man, who’s husband died last year. I enjoyed this story.”

“Best Gay Novel In Years. This story will stay with you and you will feel you know every character and the beauty of their home in the mountains of North Carolina.”