Gays Abused and Tortured in Egypt

Here’s another sad article from the global front. It’s about Egyptian officials who torture and abuse gay people in what’s being called one of the worst violations of LGBTQ rights in that region. This quote is actually coming from someone who suffered the abuse first hand, and it sounds as if it just ruined him. No one should ever have to deal with this kind of abuse again.

Here’s the link to more. This quote is also coming from one of 15 people who spoke openly about their abusive experiences, with Human Rights Watch. The whole thing goes into a lot more detail and you should read this to see how other countries are treating LGBTQ people.

Book Review for “A Starr Is Born” by Ryan Field

Ryan Field is the king of M/M novelized adaptations of popular films. A Starr Is Born is no exception. I really enjoyed Field’s take on this classic story. Pushing the boundaries with the gender-bending MC Morton. His backstory really colors his journey towards stardom and his relationship with rock star, Harrison.

Plenty of steamy moments and a great inclusion message compliments the main plot. It would be really hard not to like this one.

You can check this out, here. 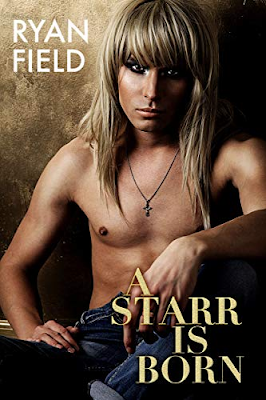