These two straight actors, Rudd and Coogan, who are both open about the women in their lives, play some serious gay face in the movie “Ideal Home.” I caught the movie the other night on Amazon streaming and I watched the entire thing in full. Rudd and Coogan play a wealthy middle aged gay couple who pretty much portray almost every gay stereotype there is. I know this because I’m gay…not fake gay…and I’ve been married to my husband for over 20 years. We are nothing like the characters that Rudd and Coogan play. I also suspect that they wouldn’t have done this with any other minority.

And that’s just one small example of a few of the flaws I found in this movie, with regard to being gay. And oddly enough, it really wasn’t the worst movie I’ve ever seen and the kid plays an excellent part. The entire concept of the movie is great and I think most people, gay or straight, would enjoy it. I enjoyed it, and that’s because I”m so used to seeing Hollywood hire straight white privileged actors to play gay face. I have no doubt I’ll continue to see more of that in the future.

Here’s a link to check out more.

Stereotyping With the Gay Ken Doll

Speaking of stereotypes, this article is about what happened when they tried to create a gay Ken doll back in the 90s. Oh, those straight people have no boundaries. If it wasn’t so sad and true it would be amusing.

But as soon as the doll was released, people immediately pointed out that he looked, well, kinda gay. In a super stereotypical early ’90s sorta way.
From the purple clothes to the earring to the necklace, which many interpreted as a giant “chrome c*ck ring.”

There’s more here. I actually remember this happening, and at the time we laughed about it. The problem now is that some things never seem to change no matter how far we come. 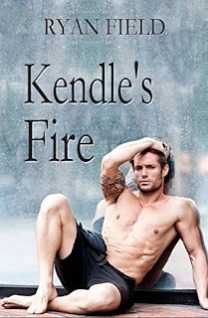