Unmentionable: The Men Who Loved On The Titanic 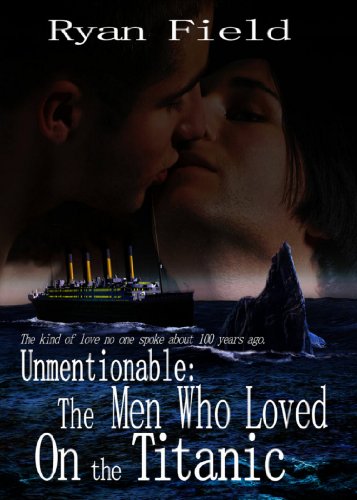 Every April I post something about this story because I loved writing it. We’ll never know if anything like this story actually happened on the Titanic, but I think it’s something that could have happened.
The sinking of the Titanic also marked the end of the Edwardian Era, and it really was the beginning of the 20th Century, and so many changes for gay people.
In any event, I wrote this story in remembrance of the Titanic and it’s seen a few nice reviews from readers.
Reader Review:
Ryan Field creates an everlasting and romantic love story that is desired by many. The vastness of the Titanic illustrates the epic love these two men are willing to risk their lives for. Beautifully told and tenderly depicted, this type of love is very rare. Take a cruise and let yourself fall a little in love.
Here’s the link to check out more. The Titanic actually went down on April 15, 1912, over 100 years ago today.
Christians Slam Porn During Coronavirus Quarantines
The good Christians of this world seem to think that a lot of people who are in self-quarantine are watching porn and wanking. Keep in mind these are the same people who’ve been ignoring stay at home requests and holding services in public with total disregard for social distancing.
“There has been a dramatic increase in viewing pornography,” they wrote. “The pandemic has increased online pornography in many parts of the world.”
You can read more, here. It’s very strange, indeed, especially when it gets into touching your no-no parts.
A Different Kind of Southern Love Story
Once Upon a Castle by Ryan Field