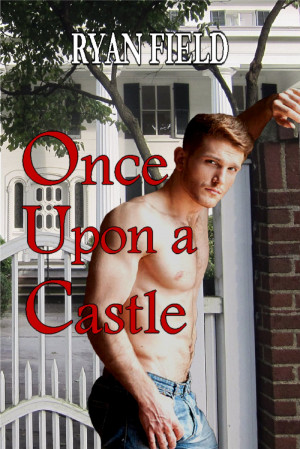 My newest release, Once Upon a Castle, just dropped and I only have a link to Smashwords right now. But it will be released on Amazon and all other venues. And it will be available in e-book or print book.

There’s a lot about this book that I enjoyed writing, and one point of interest is the setting. The majority of the book is set in a small town in Louisiana. But I wanted to make a point of NOT romanticizing the old south and old plantations…that old stereotype. In fact, I wanted to do just the opposite and I hope I did that.

Here’s the blurb and I’ll post a link below.

Barry is a bright, handsome young gay man in a loveless gay marriage who decides he needs to take a break from his life in New York. So he talks his best friend Shawn into leasing a beautiful, magical old house in Louisiana for one month called Magnolia Castle.

Shawn is a handsome ex-model and he’s married to an aggressive woman named Kayt who rules every aspect of his life. The thought of getting away from New York with Barry for a month is almost too good to be true.

There’s nothing about Magnolia Castle’s history that’s typical. It doesn’t even look like a castle, and it’s not one of those romanticized old southern plantations either. Magnolia Castle was built by wealthy people who were part of an anti-slavery society in the old south, and it was never intended to be a working plantation.

In order to afford Magnolia Castle for one month, Barry and Shawn find two unusual people to share the expense. One has massive world fame and the other is hiding a deep, personal secret no one knows.

They all think they are going there to reflect on their lives, however, they soon discover that nothing at Magnolia Castle can be predicted. And even though Barry never thought he would find true love again, he finds himself in a complicated situation with a man named Dusty Rhodes, where true love still might be a possibility.

A Love, Simon spin-off will be coming to the small screen this June. As we reported on Queerty last November, the groundbreaking, 2018 Disney movie, which featured a gay lead character, has spawned a TV spin-off.

Here’s the link to read more. According to this piece, the title will be changed to “Love, Victor,” and an actor maned Michael Cimino will play Victor. I have no idea whether Cimino is openly gay or he’ll be playing gayface. You never know with Hollywood. As it stands, there’s already been controversy with this one. It was supposed to be on Disney but they didn’t think it was “family-friendly” so Hulu picked it up. It reminds me of the Hallmark debacle last year.

I’ll never understand the whole “family-friendly” thing. Gay people have families, too.  If you don’t like something with gay content just don’t watch it. I don’t watch Jesus or religious TV shows but you don’t see me complaining about them.

What readers said…
“Best Gay Novel In Years. This story will stay with you and you will feel you know every character and the beauty of their home in the mountains of North Carolina.”
In paperback or e-book. #gayromance #Wednesday
Altered Parts