Most people don’t realize that Pete Buttigieg was not the first openly gay man to run for President in the US. Buttigieg has received a lot more attention this time, but an openly gay man named Fred Karger was actually the first one to run for President in 2012. Even though the mainstream media totally ignored Karger’s entire campaign, I did follow it closely here on this web site.  At the time I posted about how no one in the media bothered to even notice Karger.

However, that was in 2012 and the world was a completely different place for gay people. And I wasn’t shocked or surprised that Karger was virtually ignored by all media outlets. This is what they do to gay people, even the most vocal ‘allies’ who claim they support us so much.

With that said, Pete Buttigieg is now getting a good deal of attention as an openly gay candidate in 2019 and even Fred Karger is supporting him. I still follow Karger on social media and I have seen him offer all his support to Buttigieg, graciously and willingly. The only thing Karger is asking for right now is to be remembered as the first openly gay Presidential candidate. He’s worked very hard for LGBTQ rights, especially for marriage. You can do a simple search and you’ll see what I mean. So to make sure that people don’t forget about his bid for the Presidency in 2012, Karger has launched what he’s calling The Truth Squad.

“It seems like every day or two there is a new story and we reach out to the journalist via email, Twitter direct message or phone,” Karger told The Hill. “If that doesn’t work, we go public seeking a fix … Over the next several months we will be highlighting much of what we did during our 2.5 years of full-time campaigning all over the country.”

I think this story crosses party lines, and I don’t think it’s political. This is history. We don’t have much gay history and I’d like to see what little we do have protected and reported accurately for future generations of gay people. They will want to know.

When Justin Trudeau apologized to gay people for the wrongs that had been done to them in the past, that was huge. That apology was worth printing because Trudeau is the only one who’s ever done that.

I’m not sure why this is such a big deal, but I’ve seen it trending everywhere and I figured I’d share. The desperate clickbait media seems to be loving it.

Canadian Prime Minister Justin Trudeau made history on Monday by stopping at a gay bar in Vancouver to mark the beginning of the city’s Pride week.

I would imagine Pete Buttigieg goes to straight venues all the time and he never makes headlines for it. So why should it be such a big deal for a straight politician to go to a gay bar?

Here’s the link where you can read more.

Reader Reviews:
I read a lot of Ryan’s books, but really loved this one. The main character reminded me of someone… read it and see. 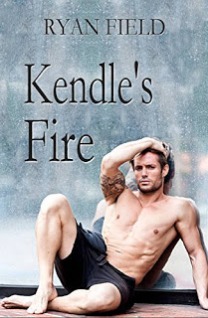 Not All Gay Books Have Sex 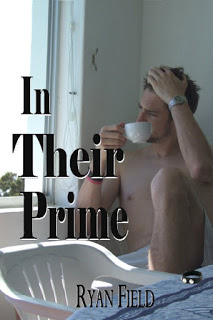