Jamie Foxx Accused of Hitting Woman With His Penis

I saw this trending on Twitter yesterday and the tweets were unreal. Most were laced with sarcasm.

The alleged assault happened in Las Vegas back in 2002. According to law enforcement, the accuser told cops last week she and a friend were attending a party at Jamie’s place when he tried to get her to perform oral sex. She claims when she refused, Jamie struck her in the face with his penis.

Here’s the rest. Foxx is denying this accusation with a vengeance, and he’s taking legal action. The woman making these accusations claims the #MeToo movement gave her the inspiration to report this alleged incident 16 years later.

This kind of thing amazes me every time I see it. And I see it a lot on social media from straight people who simply don’t seem to “get” the entire concept of Pride…or why there even is a concept called “Pride.”

After this happened some fans started calling for some kind of straight pride night. But what these straight people don’t seem to understand is that they get to celebrate their pride every single day of the week, all year long. Pride is what their lives are all about. That’s why it’s called straight privilege.

Apparently, this was a test of the man’s spirituality.

A NAKED holy man tows a lorry using his willy in a feat of endurance at India’s Magh Mela festival.

You can see photos, here. It’s SFW, too. 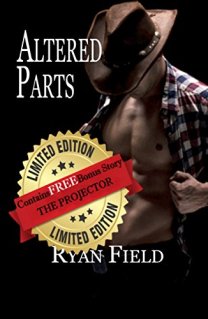