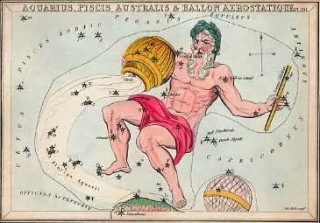 Anne Rice recently announced she’s releasing a new installment of the Vampire Chronicle series. The title is “The Prince Lestat.” She’s claiming it’s big, so get your smelling salts.

“I am at last able to announce my up-and-coming new novel,” Rice said Sunday on the podcast “The Dinner Party with Christopher Rice and Eric Shaw Quinn,” which is co-hosted by her son.
Anne Rice recently made news with regard to her stand on alleged bullying of authors. As a blogger I use the word alleged because there’s a huge dispute over this and in many cases a line is drawn directly down the center. Some think Rice and authors who claim they’ve been bullied are self-indulgent cry babies. Others think the bullying issue is real and it hurts authors sell books, and on an emotional level. In any event, no matter which side you take regarding this bullying issue it was a strong stand for Rice to take and it could affect her book sales…for better or worse. That remains to be seen. Frankly, her irritating political and religious views which caused me to block her on all social media could also affect her sales. She’s releasing the book in October in grand old publishing fashion, with the privilege of an old fashioned trad published author who isn’t pressed for deadlines. Oh, the good old days of gatekeepers and publishing being the slowest industry on the planet and only a handful of the luckiest ever to get published.
“It’s all about Lestat and all about the vampires and what they’re doing right now, how they’re coming to terms with everything that’s happened to them and how Lestat is dealing with demands from all sides that he step forward and become the leader of the tribe,” Rice said on the podcast.
I’ll be waiting to read the reviews first before I buy it, and I’ll vet them with care. I haven’t read a print book now in years. This will undoubtedly be released in digital for a huge price by Rice’s publisher, Knopf, and I’m not sure I care all that much about Lestat or the other vampires anymore…enough to pay Knopf’s digital prices. And it’s not like there aren’t enough excellent vampire books to read out there. Ten or twenty years ago I probably would have run out to buy Rice’s new book. But my reading habits have changed and as a reader I have more choices now than I ever dreamed I’d have.
You can read more about Rice, her son’s Web TV show she relentlessly helps promote, and all the goodies, here.
Naked Rugby
Here’s a link to a very entertaining video with naked Rugby players, on Vimeo. You’ll want to watch it several times, and I think this one is safe for work. (There’s nothing overtly sexual about it…but it is sexy, too, I think.)
The comments are great.
Those guys might as well be naked most of the time, as they are kind of open-minded guys who are just into being physical. Do they have group sex? I doubt it. But wow, are they fun at the bars after a game……party monsters with few limits. I would label them “really uninhibited and fun…au naturale or not.” 😀 Fun video…..thanks for sharing it.
Oscar Pistorius Trial

There are so many interesting facts about this case I think it’s important as not only a news item, but also a pop culture piece given the unusual celebrity status of Pistorius. For one thing, he’s overcome odds most of us couldn’t even dream of having to deal with. And to have all that shattered in such a devastating way doesn’t happen often. I find the whole thing so dismal.

He was the so-called “Fastest Man on No Legs,” and his inspiring story captured the imagination of the world at the London Olympics. Now, as the cameras pan once again towards Oscar Pistorius, he is playing the lead role in a more tragic tale that began in the early hours of Valentine’s Day 2013.

There’s more about him here.

The fact that all this transpired on Valentine’s Day is even more symbolic. Pistorius alleges he shot his girlfriend by mistake thinking she was a burglar. The prosecution alleges it was deliberate. And now a judge has to decide. But everything about this case is interesting, even the bullets used.

Saayman said her wounds were consistent with “ranger” bullets, which open up “like the petals of a flower” inside a body to cause maximum tissue damage.

The pathologist testimony was so gruesome the judge would not allow it to be broadcasted. However, in an interesting turn the judge lifted the ban on tweeting and blogging she had initially enforced for what I think are fascinating reasons, about how our judges and other officials are not always up to date on technology and how the world functions these days. “Someone” had to give her more information?

The rest of the article goes deeper, with testimony from a former girlfriend and incidents involving Pistorius and guns in general. I think it would make a fascinating book if done with care, and respect to objectivity.